Here’s what participants in Darin’s program had to say during a recent live kick-off event:

“I had more fun and learned in that session more than I had ever done at a Dartmouth program.”

“I was able to quickly make connections with other people and was conscious of how the connections were being made, which gave me experience to know which tools were effective for me and which weren’t.”

“I learned that doing helps me remember a much larger proportion than sitting and listening, which may explain why I’ve felt stagnation on improving my networking and presenting skills until now.”

“The very beginning where we talked about the rooting ourself and branching outwards was very effective.”

“The speech that Darin made was the most effective part of the event.”

“I thought Darin did a fabulous job of breaking the ice for all of us and the activities really were greatly adapted for the kinds of skills that we, as a group, expressed interest in.”

“Everyone was able to collaborate on a task and be creative in their problem solving abilities, while networking with each other.”

“The speaker did a good job of getting everyone excited about the program–you could tell he really cared.”

“The group activities were both fun and helpful in developing presentation skills, but more important creativity/spontaneity!”

“It was interesting to see my teammates thought processes and to understand the pros/cons of broad vs. specific thinking.”

“You can’t be afraid to brainstorm and come up with crazy ideas-that’s the point! You aren’t going to use everything.”

“The interactive parts of the session in small groups were particularly effective.”

“Darin was an awesome speaker! Really got me excited about the program.”

“I am inspired to start more small conversations with people, because of the great people I met at today’s session.”

“At first I didn’t understand how exactly the smaller group exercises would help, but I quickly found that they made me examine how I work and think in groups.”

“Doing something is indeed more memorable than just listening to something!”

“I liked how Darin presented the material in a funny yet somehow still serious way. This is a good idea for life in general; being relaxed but still meaningful.”

“I was struck by how much easier it was to network when we did it in an organized way (the concentric circles). It made me realize that I have to improve my networking skills in less structured settings.”

Participants in our live events have a lot of great things to say, but what have they learned? Here are just a few examples of things they said they learned in post-event surveys.

“Innovation comes from a combination of many ideas.”

“Feigning enthusiasm can often lead to actual enthusiasm for a task.”

“I should be more confident!”

“Leading is more of a creative endeavor than I had previously thought.”

“There are many creative ways to model networking.”

“The importance of networking.”

“The importance of teamwork.”

“It only takes a few minutes to form a connection.”

“Everyone thinks differently, and we should respect each others thoughts and ideas.”

“One thing that resonated with me was the fact that we learn by doing and acting, not simply reading.”

“Think outside of the box.”

“Do not be afraid to be creative–the silliest ideas may be the best ones.”

“It is okay to create crazy ideas in the process of solving a problem.”

“Networking can be as simple as one short conversation.”

“Teamwork can spring from very simple things such as cooperating in a simple game.”

“Not to be afraid to introduce myself.”

“We should encourage creativity and imagination.”

“Motivate your peers with energy, confidence and excitement.”

“I liked the idea of coming up with creative ideas outside the realm of judgment.”

“Playing with a problem is a way of thinking through a problem.”

“Convincing people that something is fun can make it fun.”

“Fake it with confidence.”

“You retain the most information by doing.”

“You can tell a lot about personality by listening to someone.”

“Throw out whatever comes to mind because it may spark an even better idea in one of your group member’s minds.”

“Be confident when meeting new people.”

“Darin really gave us a great model of a way to lead, speak, and handle a large group of people.”

“Everyone has a unique form of creativity.”

Email [email protected] about bringing his facilitation, speaking, workshops, or program development to your organization or conference. 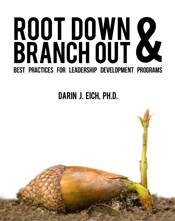